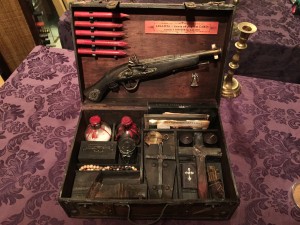 in January through April, 2015. This large-sized Vampire Killing Kit has been created in the primitive style of 1860’s Europe, for English and American travelers to the Transylvania region of Romania. Precise in every detail, this kit contains the original CRYSTOBAL trademark flintlock stake-firing pistol, cross stakes bound in leather, wooden mallet and large coffin nails, along with all the Vampire Slayer’s other necessities. See Vampire Killing Kit Photos below.

~ One Flintlock Pistol, Modified to Fire Wooden Stakes.
~ Five Hardwood Stake Projectiles, Blessed & Treated with Anointing Oil
~ One Canister Special Black Powder, Formulated for Stake-Firing Pistol
: Fire stakes at the heart of the beast to ensure its demise.
: Use one measure of powder per shot.
~ One Bottle Holy Water, Blessed
: Annotine the beast with blessed water while reciting prayer.
~ One Bottle Rock Salt
~ One 24” Length of Silver Chain, in Wooden Box
: Salt and Silver, pure and of God’s Earth, will burn the beast to the bone.
: Salt may be used to halt the beast in its tracks.
: Silver may be used to temporarily subdue/paralyze the beast.
~ One Thread of Rosary Beads with Removable Cross
~ One Rosary Cross
: The Rosary may be used to halt the beast in its tracks.
~ One Coffin-Shaped Box for Storage of Garlic
: Garlic may be used to halt the beast in its tracks, or to ward it off from a room.
: Garlic may also be used to desecrate the Vampire’s lair or coffin.
~ One Brass Compass
~ Two Black Candles
~ One Leather-Bound Box of Matches
~ Six Large Coffin Nails in Leather Satchel
~ One Hand-Hewn Wooden Mallet
: To seal the beast’s coffin shut.
~ One Large Mirror for Detecting the Beast
: Because it has no soul, the Vampire has no reflection.
~ One Holy Bible
~ One Pamphlet, “Characteristics of the Vampire”
~ One Map of Transylvania
~ One Exorcism Prayer
: To be recited only by the clergy or those of absolute faith in our Lord. 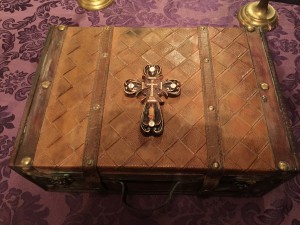 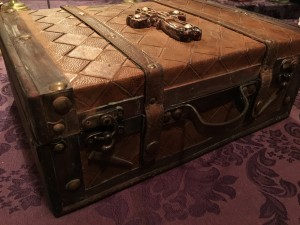 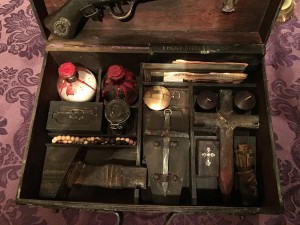 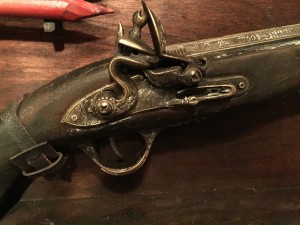 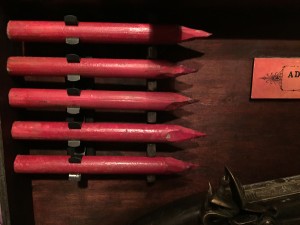 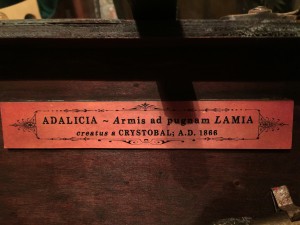 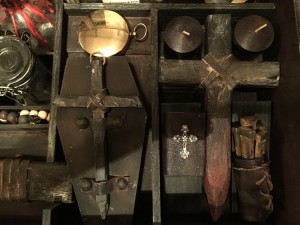 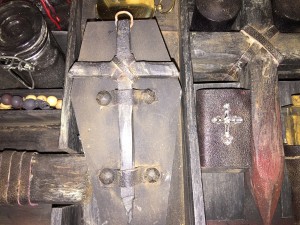 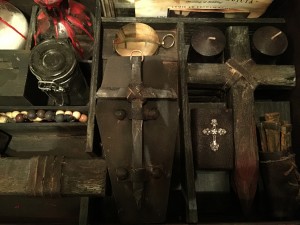 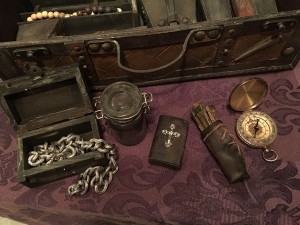 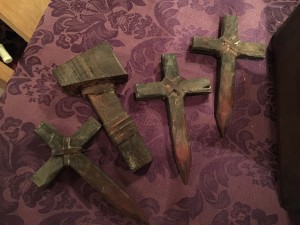 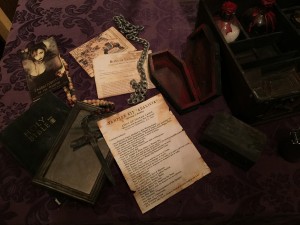 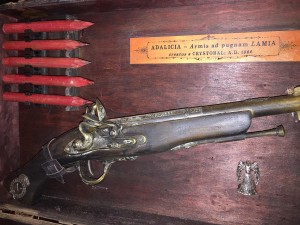 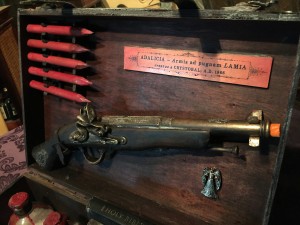 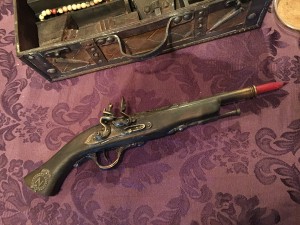 CRYSTOBAL is recognized as the premier builder of the world’s finest, most inventive Vampire Killing Kits, and is credited with inventing the “primitive” style vampire killing kit that is now so often imitated (but never duplicated in artistic style, quality and appeal). CRYSTOBAL has built numerous sets, props, and costumes for haunted attractions, stage and screen, including vampire slayer’s tools, vampire killing kits, and other paranormal/occult items. Now retired, he continues to build a precious few vampire killing kits each year. These kits are generally high quality collector’s versions of stage-ready props: they are much less expensive than props made to be used during hundreds of performances, and made to be used as display pieces only. By using new boxes, weapons etc. instead of antiques, he is able to recreate the beauty and style of his kits costing thousands of dollars…for just a few hundred dollars. These kits still maintain his commitment to the highest caliber art and quality, and come with a certificate of authenticity signed by the artist himself.