About CRYSTOBAL, and his Vampire Killing Kits

Known around the world.

Who is CRYSTOBAL, GOTHIC ARTIST? 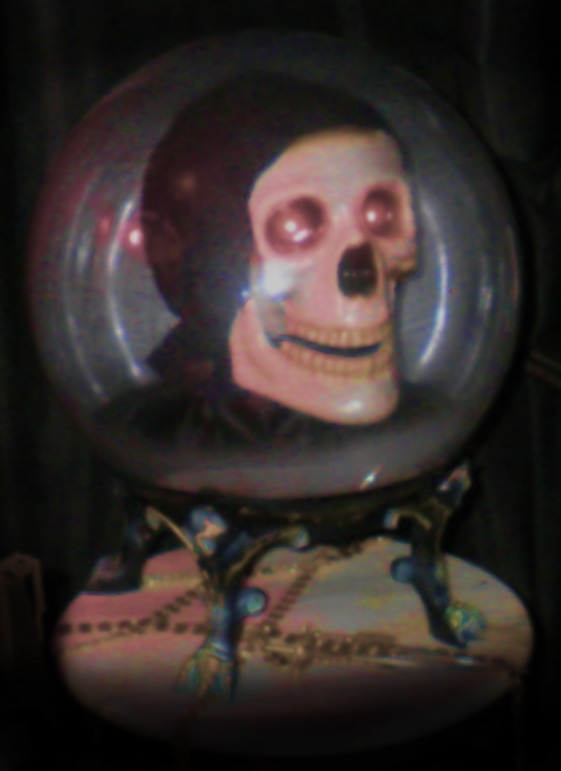 CRYSTOBAL is one, CRYSTOBAL is many. He is 80+ years (four lifetimes) of experience in one spirit. He is the originator, the collector, the purveyor. His tastes run from modern art to big band music to death metal to kitsch. He is known by many but is seen by none. He is the man in the fedora, the boy in baseball cap, the body in the crypt, all at once. He is, never was, but always will be.

In an alternate universe CRYSTOBAL is a hunter and slayer of nocturnal blood-sucking beasts, having over 100 kills to his credit. He is the originator of the modern primitive Vampire Killing Kit, made of necessity to fight against the vampires who infested his native area of Leeds Point, New Jersey.

On this plane of existence he resides as the artist, responsible for designing and building original, custom vampire killing kits and accessories that now number in the low hundreds. CRYSTOBAL built his first vampire killing “kit” decades ago – a basic box containing the essentials for hunting and slaying the beast. Since then, he has refined the kits to answer the requests by collectors, theaters and enthusiasts. Currently, CRYSTOBAL exists in the form of human with a small amount of paranormal ability – including an unusually slow rate of aging.

If imitation is the greatest form of flattery, CRYSTOBAL is probably the most flattered person in the world. Since designing his kits many years ago, several “copy cats” have used his ideas and concepts to make inferior replica kits. Some ask extraordinary amounts of money for these knock-offs, but seldom get it. Some have taken his concepts to a different level…incorporating their own ideas, elements and weapons. Others have simply made feeble attempts to copy his unique style, and have gone as far as to try to pass them off as antique vampire killing kits. Shame.

What makes CRYSTOBAL’s kits different than the “real” kits from the 19th century?

Excellent question. Below is basic chart of the elements that CRYSTOBAL has in his kits, vs. the original kits. Also, you should not that the original “real” vampire killing kits were small…usually around 14″x 7″x3″ or less, were made from wooden boxes made to sit flat on a table (not the best for travel), and almost all were supposedly built by a “Professor Blomberg”. CRYSTOBAL never tries to imitate these original kits, or to use Blomberg as a reference. 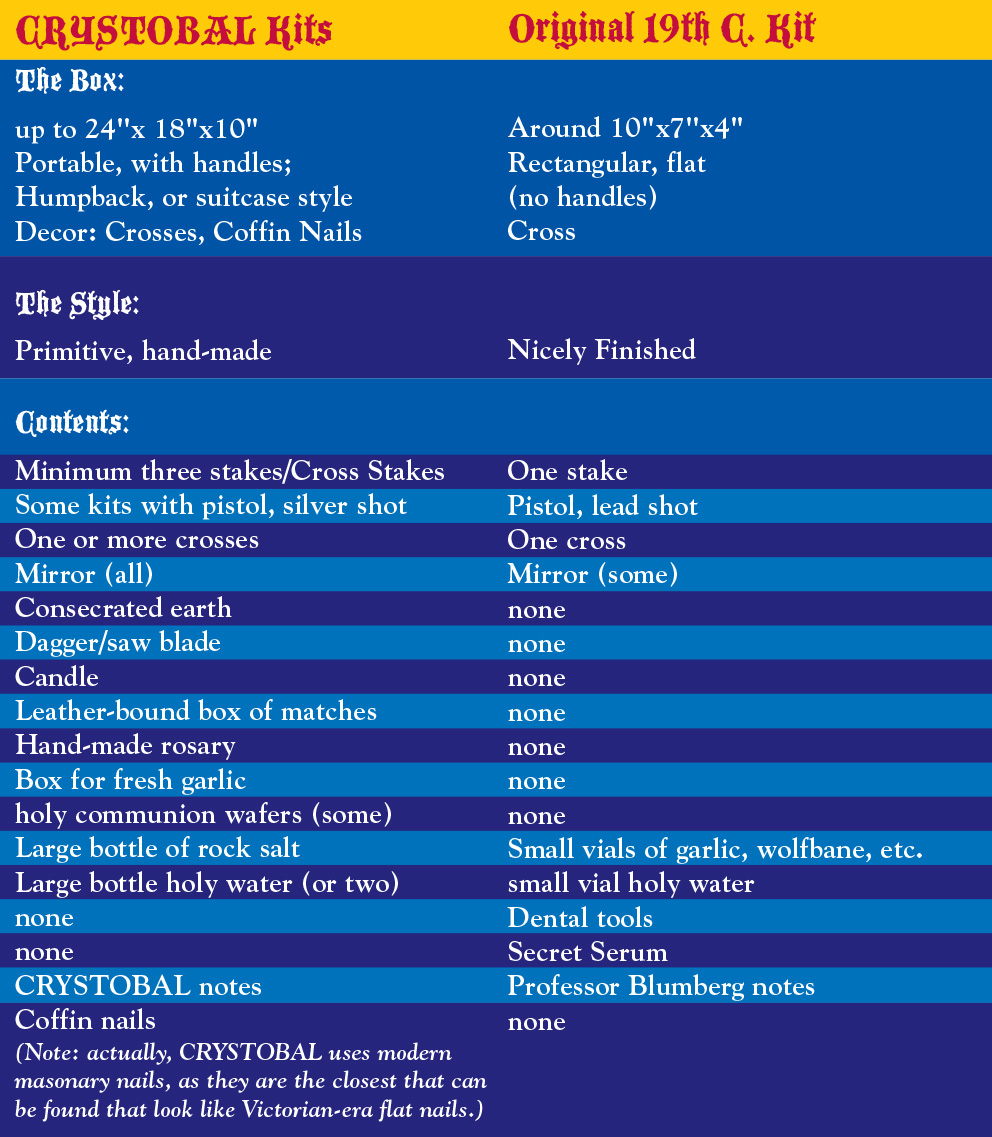 As you can see there are extensive differences between the CRYSTOBAL style kit, and the original 19th century kits. It is CRYSTOBAL’s style that has become the trend today, as he had the foresight to anticipate that today’s market would require more than just a few drops of holy water, or a single stake. By taking cues from books, movies and TV shows (such as Buffy the Vampire Slayer), CRYSTOBAL was able to create a new, more extensive vampire hunter’s kit, while keeping the antique-style charm and artistry of a hand-made, 19th century kit that would have been useful in an actual vampire attack.

[…] Informations on that Topic: vampireslayerkits.com/about-crystobal-and-his-vampire-killing-kits/ […]